Cyberpunk 2077 has been delayed until December

By: pcstorms
In: Blogs, Game News, News
Tagged: Cyberpunk 2077 has been delayed until December
With: 7 Comments 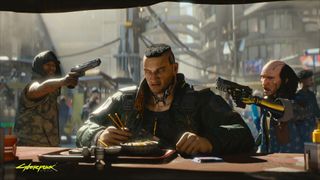 It’s the third time the launch has been pushed back

The statement also addresses the fact that some fans may be confused by the decision to delay the game again, particularly since it went gold earlier this month. In answer to that, Badowski and Iwinski say that “‘going gold’ means the game is ready, can be completed, and has all [the] content in it. But it doesn’t mean we stop working on it and raising the quality bar. On the contrary, this is the time where many improvements are being made which will then be distributed via a Day 0 patch. This is the time period we undercalculated.”

The decision by CDPR marks Cyberpunk 2077’s third delay. Originally scheduled to release in April, it was pushed back to September, and then the previously-slated launch date of November 19. Badowski and Iwinski say that while the three-week delay might not seem like much, this time period can “really” make a difference “in such a massive and complex game.”

Whatever its release date, Cyberpunk 2077 remains on our list of upcoming games.
2020-10-27
Previous Post: In a strange, formative summer, Sony plays the long game with PS5 – and leaves Microsoft room for a comeback with Xbox Series X
Next Post: The Best Games to Play on Xbox Series X|S Right Now